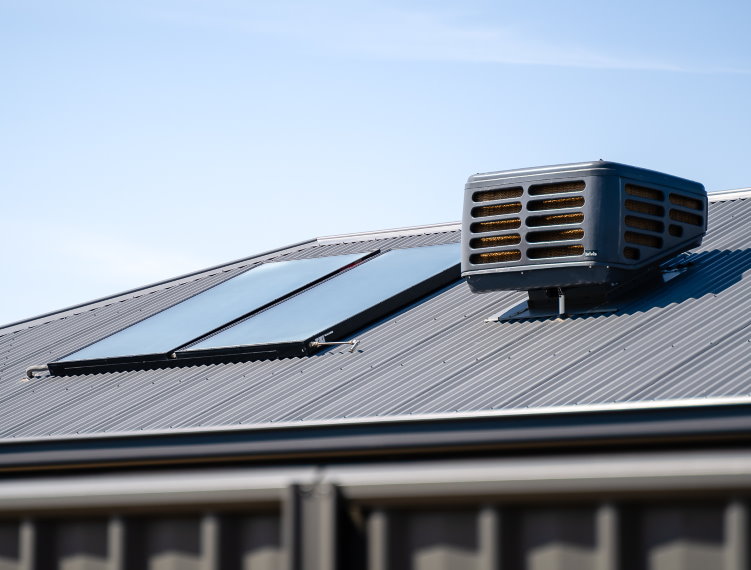 When temperatures soar during particularly hot summers, the one appliance that’s often turned to for relief from the heat is the air conditioner. But as people make efforts and consciously shift toward being more environmentally minded, you may wonder if there’s a better and more eco-friendly alternative to conventional air conditioning appliances. Air conditioners are known to consume large amounts of power in some cases, and older models have been shown to release harmful chemicals into the atmosphere. Evaporative cooling in Melbourne is becoming a popular cooling option due to its environmentally friendly properties. Evaporative coolers cool homes by using the principles of evaporative cooling. This process is extremely energy-efficient and also does not have any harmful environmental impact.

The Two Types of Evaporative Cooler

Ducted evaporative coolers are typically installed in ceilings or high up on walls in rooms that have high ceilings. They have a network of ducts that distribute the cooled air evenly throughout the room or living space.

Standalone evaporative coolers, on the other hand, are freestanding units that can be placed anywhere in a room. They have a fan that sucks in hot air and passes it through a cooling pad. This cooled air is then distributed throughout the room.

While both ducted and standalone evaporative cooling in Melbourne works the same in principle, the units do differ in several key aspects. These key differences include:

9 Garden Ideas for the Spring: Beautifully Decorated Gardens to Inspire You This Season

Should a Long Beach ADU Be Designed by an Architect?

9 Garden Ideas for the Spring: Beautifully Decorated Gardens to Inspire You This…

9 Fascinating Interior Design Ideas for Your Next carpentry Project

Should a Long Beach ADU Be Designed by an Architect?

9 Garden Ideas for the Spring: Beautifully Decorated Gardens to…